Posted by Stuart Herbert on April 4th, 2014 in Desktop Wallpaper. 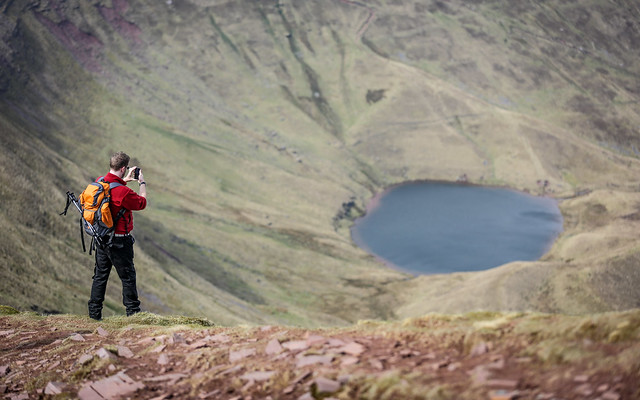 Last weekend was our warm-up day for the 3 Peaks Challenge. We walked up to the summit of Pen-y-fan and back twice in just over 5 hours. I was expecting my knee to be a major doubt for the walk, but it turned out that I’m so unfit that the knee was the least of my worries 🙁

I did take the camera with me for the first ascent, and snagged this shot on our first trip down. I hope you enjoy it.

On a technical note, despite good conditions, this ended up being the only shot I took that was worth publishing here. Shooting exclusively at f/2.8 on a full-frame camera body isn’t a good decision for landscape shots, especially if there’s no foreground subject to focus on. Lesson (hopefully) learned.

I’ll be back on Monday with the first of my shots from the Fleet Air Arm Museum at Yeovilton, from a shoot I did for my birthday this year. If you enjoyed my photos from Scotland’s Museum of Flight, then hopefully you’ll enjoy these too 🙂