Desktop Wallpaper: Be Careful Where You Tread

Posted by Stuart Herbert on April 7th, 2014 in Desktop Wallpaper. 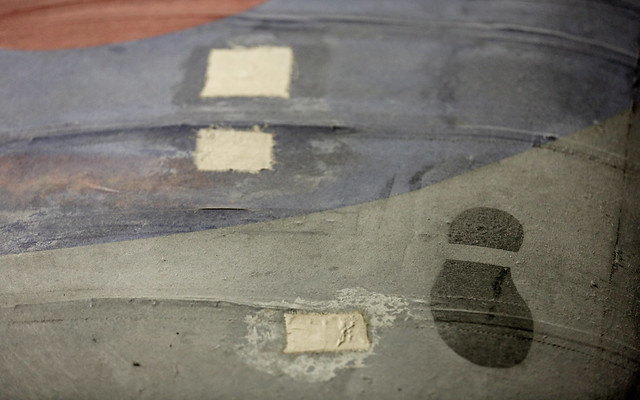 As a belated birthday celebration at the end of January, Mrs H and I spent a day at the Royal Navy Fleet Air Museum at Yeovilton. We’d had a lot of fun with our cameras at Scotland’s National Museum of Flight, and ever since we’ve been looking to get to more air museums.

My first shot this week is the first shot I took in the museum – a close-up of the wing of a Supermarine Walrus. I just love the texture of this wing, and the unusual footprint painted on really caught my eye as we descended the ramp down to the floor of Hall 1. I’m assuming that the footprint is there to show maintenance crews where it is safe to step without putting their foot through the wing.